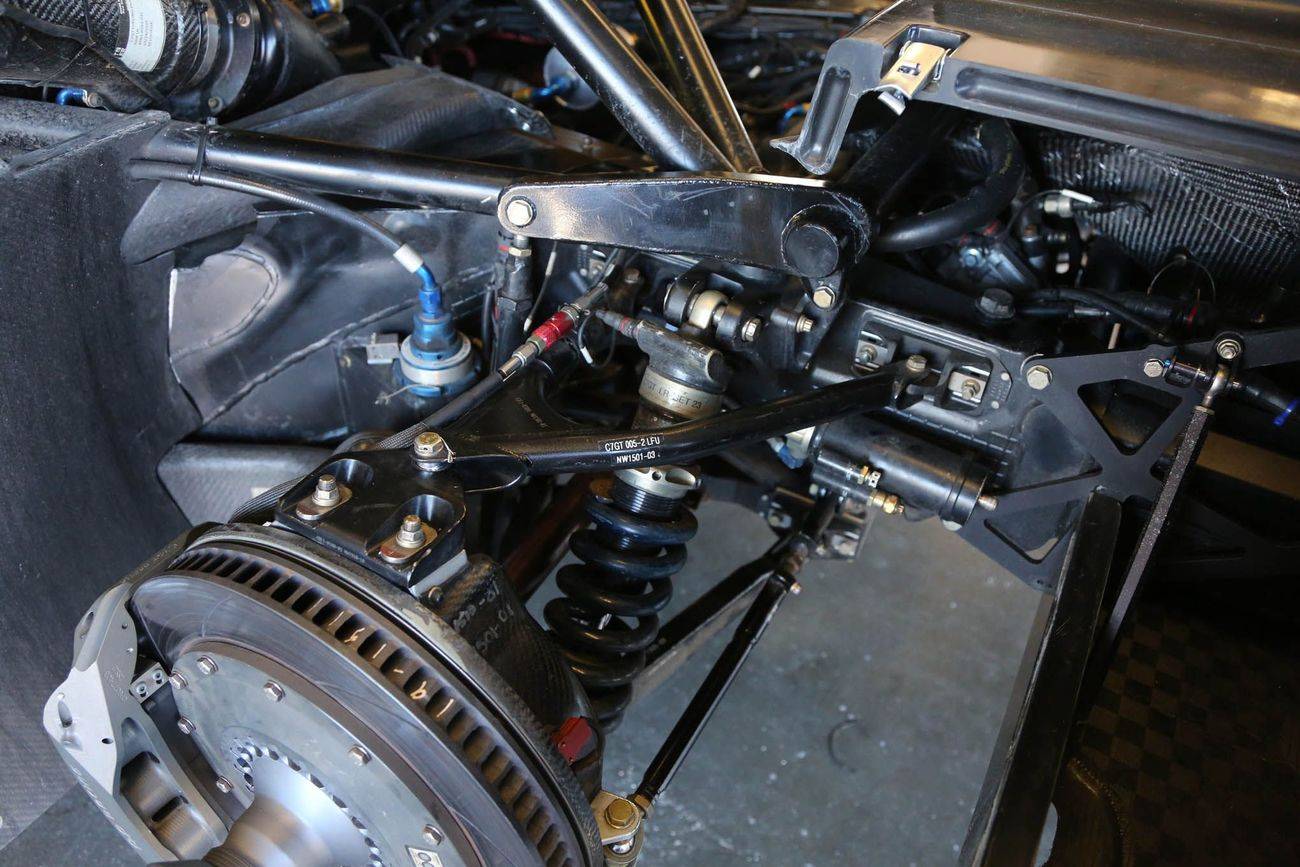 If you take a look at a variety of street driven cars, and compare to purpose built race cars, one area to focus on is the pivot points of the suspension and steering components and the materials used. For the consumer market, OEM’s almost exclusively use some form of molded rubber bushings, which is an excellent approach to greatly reduce the NVH (Noise, Vibration and Harshness) of a suspension system to create a comfortable driving and riding experience.

At the other end of the spectrum, purpose built race cars, “almost” exclusively use some combination of Heim style rod ends, spherical bearings, or solid metal bushings (such as “Oilite”) style for all of the pivot points. We say “almost” exclusively, but the fact is we have never seen a race car that used anything but a metal – metal contact bushing/bearing. The reason for this is simple, minimizing friction and deflection at the expense of ride quality is a no-brainer for a race car, they aren’t built for comfort – their sole purpose is to outperform the competition.

In the aftermarket suspension market, you’ll see at least two more material choices: Polyurethane, and Delrin/Acetal Resin (Delrin is 3M’s trade name for the formulations of Acetal Resin). To the best of our knowledge, both of these options came on to the market in an attempt to reduce some of the deflection present in the OEM materials, which on one hand is a good idea, but presents other issues.

Polyurethane in particular has challenges with friction. The early versions were notorious for significant squeaking, even the versions that were designed to be periodically lubricated. Recent versions have impregnated lubricants and are an improvement, but still have tendency to groan. Of course the material is not completely rigid so deflection is still present, though reduced over the OEM style. Unfortunately, many suspension systems rely on the ability for rubber to deflect in order to allow the suspension to articulate. Replacing the rubber in such systems creates significant bind, which isn’t good for any performance related system. We don’t care for Poly as a bushing/pivot material and never engineer it into any of our products. It has its place, just not in our products.

Delrin is an interesting material and is used extensively in the aftermarket, but why? The best we have been able to establish, a company from So. Cal first came up with the idea decades ago to reduce deflection in the pivots of front suspension control arms – in a package made to replace the factory bushings. In an application where the pivot is restricted to a single rotational plane, it’s a good material solution. It will not work where the pivot needs to accommodate two different planes, such as the above example of the triangulated four link. The majority of the aftermarket suppliers use this approach, which is not a big surprise as it is very common for companies to “borrow” ideas from their competitors. For certain, this approach increases the NVH to a level virtually identical to the metal-metal race car approach, and contrary to popular opinion, it still deflects. For us, again, it has its place, just not in our products – at least in terms of control arm pivot points (it’s excellent for instance, for anti-roll bar frame mounts). 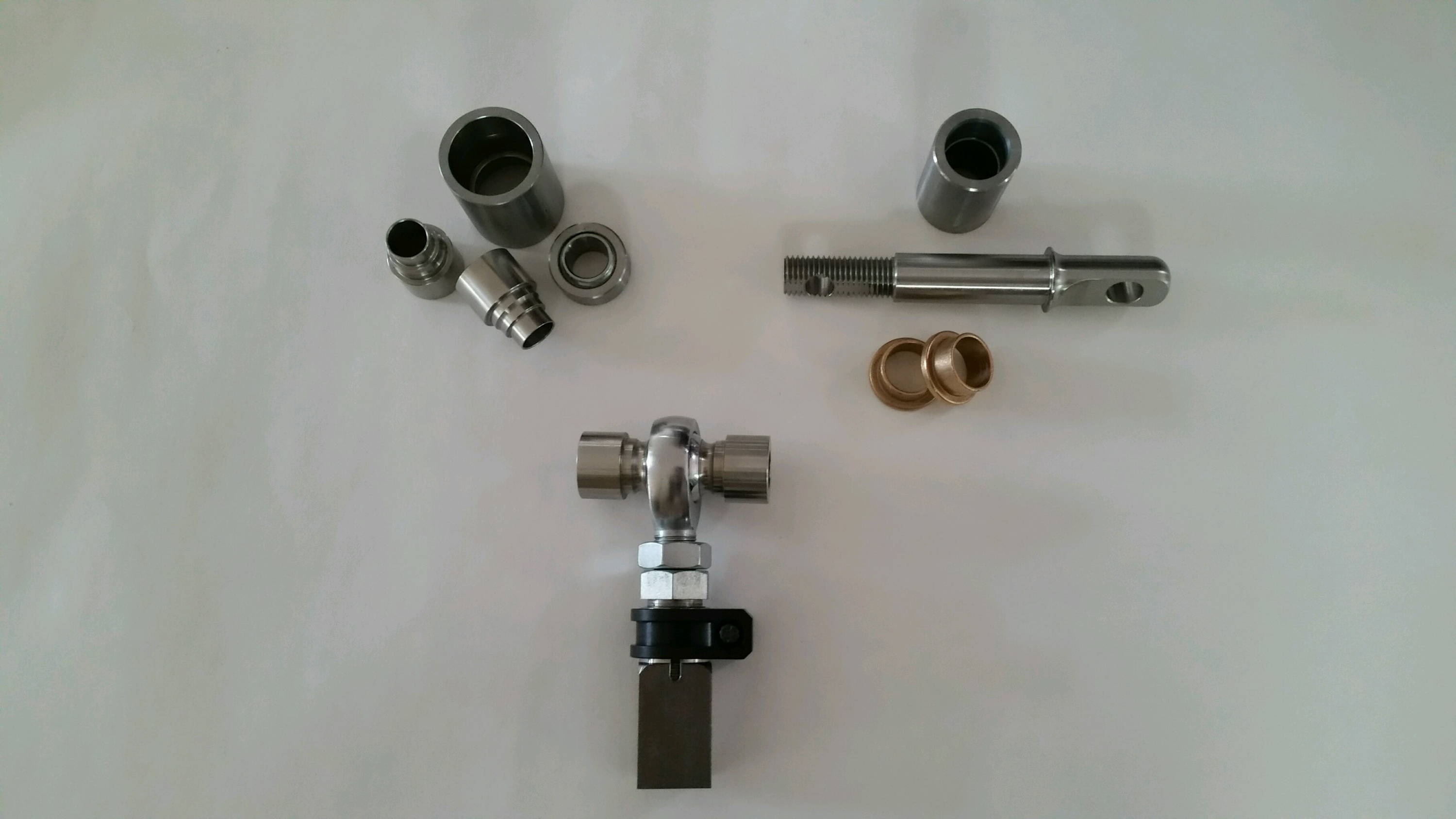 Some of Lateral Dynamics control arm building blocks. Top left, Inner LCA mount, utilizing a commercially available -10 teflon lined mono-ball with custom sleeve and high misalignment bushings. Top right, C6 'vette UCA mounts, with custom bomb-proof cross shafts and bushing sleeve, and commercially available teflon impregnated bronze bushings. Bottom is the Lateral Dynamics fully adjustable Rod End system, allowing full adjustment while not having to remove from the car as in typical competitor applications. In all cases, the serviceable items are readily available off the shelf and easily replaced during routine maintenance, while being economically attractive in that you aren't held hostage for custom parts.

So what’s the downside of the race car approach? The same downside of ANY aspect of a race car, maintenance. Rod ends don’t last forever, and they aren’t expected to. But, the up side of this is that they are used extensively in many other industries, and there are a LOT of excellent suppliers offering very high quality parts. And as such, they are very affordable. We often hear the argument that rod ends start to make noise after a while, and that’s why you shouldn’t use them on a dual purpose type car. It’s a reasonable argument, just not one we agree with. For us it analogous to a solid lifter cam, versus a hydraulic unit – one needs maintenance, the other less so, but you can’t spin a hydraulic cam anywhere near as much as a solid one. Pick your option accordingly.